Recently we had an interesting discussion with a very notable state court justice regarding family law. He introduced us to a method of achieving equal custody that we had never heard of before nor had ever considered, but as we have come to expect from this justice, it was pure genius.

I’m not going to share with you the justice’s exact split of days, but will instead refer to the Texas Standard Possession Order to make this point. This is a statutorily designated structuring of possession that Texas judges often default to. Some argue that it is very nearly equal time, but those people use “new math” to get to that determination. In short, one parent gets Thursday afternoons and for the most part every other weekend and the other parent gets all other time. There are some exceptions for special days, birthdays, holidays, etc. but these aren’t important to this discussion. I will call the parent with less time “Parent L” and the parent with more time “Parent M” just to keep this simple.

In Texas judges love to default to this standard possession order and there is a lot of institutional inertia behind it. What we are proposing is a bit like a legal Judo or Aikido move. We will use that inertia to our favor and against those who want to deny parental equality and limit children.

While the proscribed time in the Justice’s arrangement didn’t quite follow the standard order, we believe the basic scheme was genius that fits perfectly with the Texas standard possession order or the expanded standard possession order or standard orders in many other states. We believe this may be the fastest reasonable path to get family law judges and attorneys to buy into and push for equal parenting. 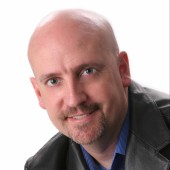