After the Father’s Day Rallies…Will There Be a Price to Pay?

What happens now after the father’s day rallies? The very system that father’s gathered on Friday to protest how they and their children are being treated by the family courts, may face being punished by those same family courts for speaking out about them.

The question that many of the fathers face now is “Will they be punished for including their child in the rally?” When the pictures surface the fathers are left to wonder if they will face another attack by the family courts.

How can they be punished? The family courts can retaliate against the fathers for having their children with them at the rallies.

Family courts are notorious for manipulating how people see a particular activity, and great at using personal preference for inflaming the public and getting them to believe that they are serving a child’s best interest and protecting a child whenever that activity threatens to expose the family courts for what they are really doing to parents and their children. And the majority of those in legislation, the practice of law, and mental health professions have contributed to this abuse of power.

Fathers are seen by the courts as harming the child by including them in any activity that the court doesn’t like. As an example of this type of unconstitutional intrusion, we give you, in the Matter of J.S. & C., (1974), a New Jersey appellate case where the father was a politically active gay man. The Trial Court specifically restricts this father from involving his children in any of his political activities related to the gay movement. The divorce court found that the father’s homosexuality and that his First Amendment right to share his political beliefs with his children were harmful to the children. This is punishing children because those in power do not like the content of the parent’s speech. This is abuse of power.

Both the trial court and the appellate court twisted the definition of harm for no other reason than to impose its own opinion over that of a fit parent, and to stop the fit parent from sharing his moral and political beliefs with his children, in violation of his and his children’s First Amendment rights. (This content is from Chapter 13 page 145-146 of “NOT in The Child’s Best Interest” by Ron B Palmer and Sherry Palmer.)

Another example is a father who was recently punished this year, 2016, by the trial court judge for making videos and participating in events to promote equal parenting. The family court judge decided that expressing his political beliefs about the family courts was enough to violate this father’s and his children’s First Amendment rights. The judge made an order restricting the father from using social media and took away the children’s time with the father, restricting the time down to one hour per week in a supervised visitation setting. This is a man who has served our country for 20 years and worked to protect the rights that he and his children are now being deprived of. The children are being punished because the father expressed his First Amendment rights. This is abuse of power.[su_vimeo url=”https://vimeo.com/171240920″]

Fathers are sharing their values with their children in these rallies. Fathers have been sharing their values in this way for generations. Children develop according to those values and influences. There are many wonderful examples of how these influences have developed these children into dynamic adults who now contribute to society in very important ways today. Take for example Paula Young Shelton’s book Child of the Civil Rights Movement for children learning about how Paula’s life was shaped by her father activist and why that has been important.

“With an activist father and a community of leaders surrounding her, including Uncle Martin (Martin Luther King), Paula watched and listened to the struggles, eventually joining with her family—and thousands of others—in the historic march from Selma to Montgomery.” If the family courts had had their way Paula never would have known her father and her uncle’s activities and we wouldn’t have the education and perspectives that Paula shares today that makes this a better world to live in.

Sharing values and beliefs with your child are protected by the 1st amendment. Parents have a right and a duty to educate their children and they can do so any way they choose provided it’s legal, and the state may not punish them for that, and yet divorce courts do every day.

The court is putting a prior restraint on free speech and depriving the parent from being able to continue to educate the child in ways that the fit parent sees fit when they impose sanctions on that parent chilling or preventing these parents from educating their child as they see fit.

How can these fathers protect themselves from this retaliation?

Father’s can challenge the court’s authority by filing objections, protective motions and quash orders to these sanctions challenging the court’s constitutional authority to restrain protected free speech and the parent’s right to educate their child with improper regulation.

States can only regulate things that are necessary to be regulated. And that regulation can only go so far as to achieve a legitimate purpose of the state. The state cannot restrict a parent from influencing their child just because the state doesn’t like the content. The family court requirement that a parent be regulated when their marital status changes is no different than having a draft requirement. You have no choice but to register and you have no say how they affect your life once you are drafted. This is what family courts are doing to parents and children today. They are removing their freedoms and protections that their rights provide for them just because they go through a divorce and are <!–more–making the parents serve the court and all of their buddies financial purposes and the court’s manipulated reasons for existence.

For more information on how to craft your objections and arguments to a court trying to abuse their power you can contact Ron and Sherry Palmer at www.fixfamilycourts.com/contactus

No fit parent and no child should be punished by having to spend their time in a supervised visitation room like this. Honor your soldiers and fight to protect the rights that they risk their lives to protect for you and your children.

NOTE: This also happens to mothers. Fathers are highlighted in this post because it was a rally highlighting fathers without their children for Father’s Day. But this can and does also happen to mothers.

DISCLAIMER: Ron and Sherry Palmer are not attorneys and do not practice law. Anything that you find on this website please seek an attorney to help you communicate it to your court. Ron Palmer and Sherry Palmer are not responsible for anything that you use from their website or any communications with them and are not responsible for your results. Only you know the nuances of your case and are responsible to know what is appropriate and what is best for you. 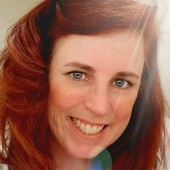